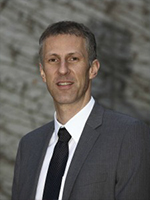 Dr. Matthias Haury is in charge of the scientific infrastructure and operations at the Max Planck Florida Institute for Neuroscience. His responsibilities include establishing and managing the laboratories and scientific services at the new 100,000-square-foot facility, as well as ensuring efficient budget management.

Prior to joining MPFI in February 2013, Dr. Haury spent two and a half years as Head of Science Operations at COST (European Cooperation in Science and Technology), coordinating and managing a European Commission funded research networking program in Brussels.

He was instrumental in the establishment of the Gulbenkian Institute of Science (IGC) in Oeiras, Portugal, where he built the institutional infrastructure, core facilities, and technical services before becoming Chief Technology Officer and a member of executive management of the IGC.

He subsequently took on the position of Coordinating Manager of the EMBL International Centre for Advanced Training (EICAT) at the European Molecular Biology Laboratory in Heidelberg, Germany, where he contributed to the planning and opening of the €40 million Advanced Training Centre, and helped to establish the EMBL Corporate Partnership Program, raising more than €1.2 million from corporate supporters.

Dr. Haury has authored over 30 publications and, due to his extensive expertise in scientific grant and program evaluation, frequently serves on scientific review panels on behalf of the European Commission and national research organizations.