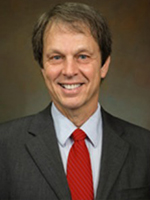 John Kelly was named president of Florida Atlantic University by unanimous vote of the FAU Board of Trustees on January 17, 2014, becoming the seventh president in the University’s 50-year history. Upon his arrival at FAU, President Kelly declared his intention to make FAU the fastest-improving university in America, and within two years it became clear that goal was within reach. In 2016, the Florida Board of Governors ranked FAU the top-performing public university in the state based on the board’s performance-based funding metrics across 11 participating universities. That ranking was up from second-to-last in 2014. The University’s meteoric rise in the rankings, based on a set of 10 key metrics, makes FAU eligible to receive a large share of performance-based funding from the Florida Legislature.

President Kelly oversees an institution that serves more than 30,000 undergraduate and graduate students on six campuses along more than 100 miles of Florida’s east coast. One of the largest employers in South Florida, FAU has more than 3,000 employees, including 1,000 dedicated faculty members, and an operating budget in excess of $750 million. The University has an annual economic impact of $6.3 billion and is conducting millions of dollars’ worth of funded research in such critically important fields as drug discovery, biotechnology, ocean engineering and marine science.

President Kelly is leading a multifaceted campaign to take the University to national prominence as a center of world-class education, cutting-edge research and transformative community engagement. He initiated a year-long collaborative process involving faculty, students, alumni, administrators, staff and friends of the University that culminated in creation of a new 10-year strategic plan titled “The Race to Excellence.” This comprehensive plan builds upon FAU’s existing strengths and identifies emerging opportunities.

He began his academic career in 1982 as an assistant professor at Texas A&M University. Three years later, he went to Clemson, rising through the ranks to become professor and department head by 1991. He was named vice president for public service and agriculture in 1997 and vice president for economic development in 2010. During his 28 years at Clemson, the university advanced from 78th to 20th in the U.S. News & World Report rankings of all public universities.

President Kelly holds a bachelor’s degree from Clemson and both a master’s degree and a Ph.D. from The Ohio State University. In 2017, he received the Clemson Alumni Association’s Distinguished Service Award, the highest honor for a Clemson graduate. He is married to FAU First Lady Carolyn Kelly, and they are the parents of Carly and Stella.