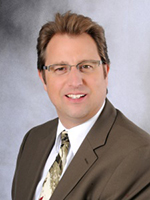 Jaap Donath, Ph.D. is Senior Vice President, Research & Strategic Planning and has nearly 20 years of economic development experience. His responsibilities include overseeing the Research Department and the One Community One Goal initiative, a target industry strategic plan for Miami-Dade County. Prior to the Beacon Council, Donath was Business Development Coordinator at the City of North Miami. In addition, he is an Adjunct Professor at Barry University, teaching International Business in the MBA program. He also taught at Florida Atlantic University, Florida International University and St. Thomas University.

Donath, a native of the Netherlands, received a Ph.D. and M.A in International Relations and International Business from the School of International Studies at the University of Miami and a B.A. in Education for History and Dutch Language from Windesheim University in the Netherlands. He is fluent in English, Dutch, and German languages. He is Board Member and Past Chairman of the North Dade Regional Chamber of Commerce and other civic involvement includes the 21st Century School Bond Advisory Committee, Life Sciences South Florida, South Florida Regional Planning Council’s Seven50 Plan and eMerge Americas Conference. He has published and lectured internationally. He has been interviewed by national, regional and local media, including Time Magazine, Bloomberg News, Florida Trend, and the Miami Herald. He has been a speaker at national and international economic development and business conferences.