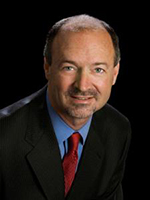 J. David Armstrong, Jr. is the sixth president of Broward College, one of the largest and most diverse institutions in America, with 63,000 students across 11 campuses and centers in South Florida. With more than 33 years of experience as a state and national leader in higher education and economic development, President Armstrong recently celebrated ten years leading the College.

Under his leadership, Broward College has consistently been ranked among the top community colleges in the country. In 2017, the College was recognized as one of the top three community and state colleges in the nation when it was named a Finalist with Distinction by the Washington D.C.-based Aspen Institute. It also ranks second in a new list of the 50 Best Community Colleges for 2017 published by College Choice, a leading authority in higher education rankings and resources. Additionally, Broward College is consistently in the top 5 producers of associate degrees and has been the top producer of industry certifications in Florida for the last four years.

With a strong commitment to the community, a business owner’s understanding of the evolving workforce landscape and the changing role of higher education, President Armstrong has led a redesign of the College to focus on new programs that better address skills gaps for students and employers. Several workforce bachelor’s degrees, for example, have been added in the fields of information technology, nursing, supply chain management, education, and aerospace science.

Under his leadership, Broward College expanded access to higher education with new locations and improved facilities such as the Miramar West Center (Aug. 2014), a public private partnership that includes FIU, the state-of-the-art Health Sciences Simulation Center constructed in (Nov. 2014), a new Aviation Annex at North Perry Airport (Jan, 2017), and a soon-to-be-constructed downtown Fort Lauderdale complex in partnership with Stiles featuring class A office on Las Olas Boulevard. In addition, the College has continued to form international educational partnerships with centers and affiliates in Shanghai, Beijing, Vietnam, Sri Lanka, Peru, Ecuador, Colombia, Bolivia and others under development.

In addition to new technologies and leading-edge facilities, President Armstrong has helped pioneer a revolutionary change to the way students approach and interact with higher education. In 2015 Broward College was selected as one of 30 institutions nationwide to participate in the Pathways Project, led by the American Association of Community Colleges (AACC). Dubbed Pathways@BC, this new academic model combines similar programs and concentrations into learning communities, called Pathways, and changes the way students connect their college experience to future careers with sustainable earnings.

In a challenging financial environment where colleges face state budget reductions, President Armstrong managed to balance the budget while prioritizing initiatives for student success. This includes spearheading programs that focus on the entire student experience from prospects to post-graduation. While most colleges and universities implemented significant cost increases to students, Broward College under his leadership increased tuition only once in the last five years, maintaining an affordable value and increasing number of programs with no textbook costs.

President Armstrong serves in a variety of positions with non-profit, workforce and educational organizations. He is currently the co-chair for the Greater Fort Lauderdale Alliance Six Pillars Economic Program and serves on the Board of Directors for the Broward Workshop, the Broward College Foundation, and the Council for International Exchange of Scholars (CIES), Fulbright Scholar Program. He is also past chairman of Leadership Florida and the Greater Fort Lauderdale Alliance.

He has been recognized for his influential work and service in the business community, receiving several awards, including the Association of Community College Trustees (ACCT) “Southern Region CEO/President of the Year,” Symphony of the Americas “Style and Substance” award, Leadership Broward Foundation “Profiles in Leadership” award, the Seafarer’s House “South Florida Business Leader of the Year” Award, South Florida Business Journal “Diamond CEO Award,” South Florida Business and Wealth “Apogee Award,” and Urban League of Broward County “Diversity Champion Award.” President Armstrong also has been recognized as a South Florida Business Journal “Power Leader,” one of Gold Coast Magazine’s “50 Most Powerful People in Broward County,” and most recently named the 2017 Hall of Fame Honoree by the Greater Fort Lauderdale Chamber of Commerce.

Prior to leading Broward College, President Armstrong was the Chancellor of the Florida Community College System where he provided leadership for the 28 member institution and the State Board of Community Colleges. He is a graduate of the Program for Senior Executives in State and Local Government from Harvard University’s Kennedy School of Government, received his master's degree from Troy State University in Management and his bachelor's degree in Social Science from the University of Montevallo in his home state of Alabama. In his spare time, he enjoys reading broadly, traveling, visiting museums, attending concerts, plays, opera and dance performances, watching his son play soccer, spending time on his tractor and boat on his family farm and river house near Birmingham, Alabama and investing and helping entrepreneurs grow businesses and jobs.